For fifteen years June Perkins was a student and creative academic honing her skills as a writer, educator, parent, workshop facilitator, and creative thinker.

In the 1990s June Perkins was one of five Australian playwright delegates at Interplay in Townsville and took workshops by Nick Enright and other international playwrights and directors and was mentored by Lydia Miller.

She began working as a community facilitator and writer on women’s storytelling and radio projects under the mentorship of Dr Daphne Cazalet, who at that time was an actor and community arts worker based in Townsville.  Dr June Perkins met grass –roots-creatives in the arenas of circus, weaving, poetry, folk music and theatre in Townsville, Canberra, Wollongong, and small towns on the South Coast of New South Wales and in her current home on the Cassowary Coast. These people were and are still using creative expression such as weaving, painting, music and oral history to empower their communities and themselves. Their insights have enhanced Dr. Perkins development as a writer. She attended many inspiring performances at the Festival of the Dreaming.

Since graduating as a Doctor of Philosophy from the University of Sydney in 2004, Dr. Perkins devoted herself to community engagement, writing, photography, the education and encouragement of keen, bright, creative children and the mentoring of writers, youth and women. Since 2005 she has maintained blogs reflecting on life, writing, art and education in North Queensland. She curated and participated in group blog spaces evolving her writing and arts practice internationally.

In 2010 she began forming publishing opportunities for local Cassowary Coast writers. The intent was to outreach to the world, reflecting on their global connections and valuing their local community and environment. She inspired a team, and worked with them to find support, funding, and local sponsorship for establishing a community anthology, Under One Sky. This book has already been presented to Prince William, the Governor General and several other dignitaries visiting the Cassowary Coastal area. She participated in an online seminar presented by Professor Nell Arnold for the Foundation for Australian Agricultural Women at the invitation of Lydia Valeriano.

Dr Perkins was interviewed by ABC projects on line for being an active blogger in the Yasi zone (blogging the cyclone, aftermath and recovery). She has guest blogged for Ilura Gazette and has two works in Etchings no.10 (Ilura Press).  She has been a contributor to ABC open since 2011.

Dr Perkins was employed by ABC Open for the 500 Words project, September 2012- March 2013 as a lead moderator and editor.  She submitted 18 of her own stories to the project, during that time, as well as providing feedback to other contributors on their work.

In 2012 Dr Perkins was awarded an Senior Cultural Australia Day Award, for services to writing in the local area, production and launching of a local anthology, and contributions to the Aftermath project, ABC Open.

She has over 100  individual pieces (photography and writing) published in anthologies, visual arts exhibitions, installations, in Australia, Europe and the USA as well as in group blogs and online publications.

In 2013 she finished production of a photo/story book on recovery after Cyclone Yasi, called After Yasi.  She exhibited photographs with Sophie Sam and Lima Robinson, on themes of cultural heritage and empowerment at Malanbarra Midja, Indigenous women’s health and housing.  In 2015 she created an ebook of After Yasi and began tutoring Indigenous students in the keystones program at QUT. 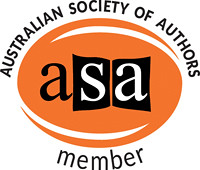